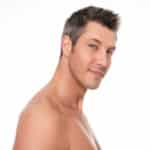 4 Reasons Why a Facelift is Right for You

With age, it’s normal for our skin to sag, and when this happens, wrinkles appear, and our once black hair turns grey. These physical changes can affect how you feel about your physical appearance. Sometimes these effects can be frustrating that it affects our quality of life. If you feel unhappy with the aging symptoms […] 4 Things You Did Not Know About Dysport

The use of Botox for cosmetic use has been around for decades. Many derivatives have been created, including Dysport. Dysport is made from the same botulinum toxin protein. If you have mild to moderate wrinkling between your eyebrows, Dysport might be the best choice for you. There are several reasons to consider Dysport for your […] Which Way to A Rejuvenated Face?

Growing older is a privilege for which we’re grateful. What we may not feel entirely grateful for are the lines and creases and other signs of aging that come with getting older. We’re fortunate to have innumerable options for managing our aging skin. However, there comes a time when many people choose to do something […] The concept of anti-aging is aeons old. We’ve come a long way in just a short time. The first facelift occurred just over a century ago and, while that may sound like a long time to most of us, it’s a drop in the bucket when we think about how long humans have been searching […] Maximize Your Facelift with These Conservative Procedures

Facelift surgery is one of the most well-known plastic surgery procedures. It has long been a favorite of adults past middle age. In recent years, especially this past year, the procedure has become popular among adults in their forties and fifties. The facelift is no longer a surgery that you put off until you absolutely […] 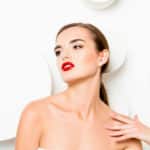 Facial aging is a concern that many middle-aged adults face. It cannot be stopped, so we try to find the best ways to age “gracefully.” The thing about aging gracefully is that it means something different to every person. For some, the occasional facial or laser treatment is sufficient to feel their best. For some, […] And the Facelift Lives On

No face ages in the same ways. This is why some people can get excellent results from good skincare, sun protection, and the occasional nonsurgical treatment, and others consider having a facelift every time they look in the mirror. It’s no secret that there are notable advantages to conservative approaches to facial rejuvenation. Since the […] 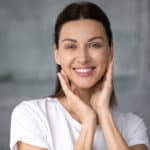 How to Know When the Time is Right for a Facelift

Facelift surgery has been performed for many years. For a short while, there, the procedure hit a bit of a slump. Outdated techniques had focused more on the skin than on the restructuring of subcutaneous tissue, sometimes leading to an altered appearance. Images of bad plastic surgery on celebrity faces coincided with the boom in […] Thinking of a Facelift This Fall? Here’s What You Want to Do!

In recent months, we’ve been looking at ourselves in the mirror in ways we may not have done before. For many people, this fresh look at their unadorned reflection has brought up concerns about the ever-progressing signs of aging. You know them; the sagging jowls at the sides of the face. The flattening cheekbones or […] What are Reasonable Expectations for Your Facelift?

There is beauty in the aging face. However, some of the signs of aging can feel frustrating and may make you feel less attractive than you would like. There are several ways to address signs of aging. For some, a facelift sounds like the best choice. This surgery has become increasingly popular as the cosmetic […]